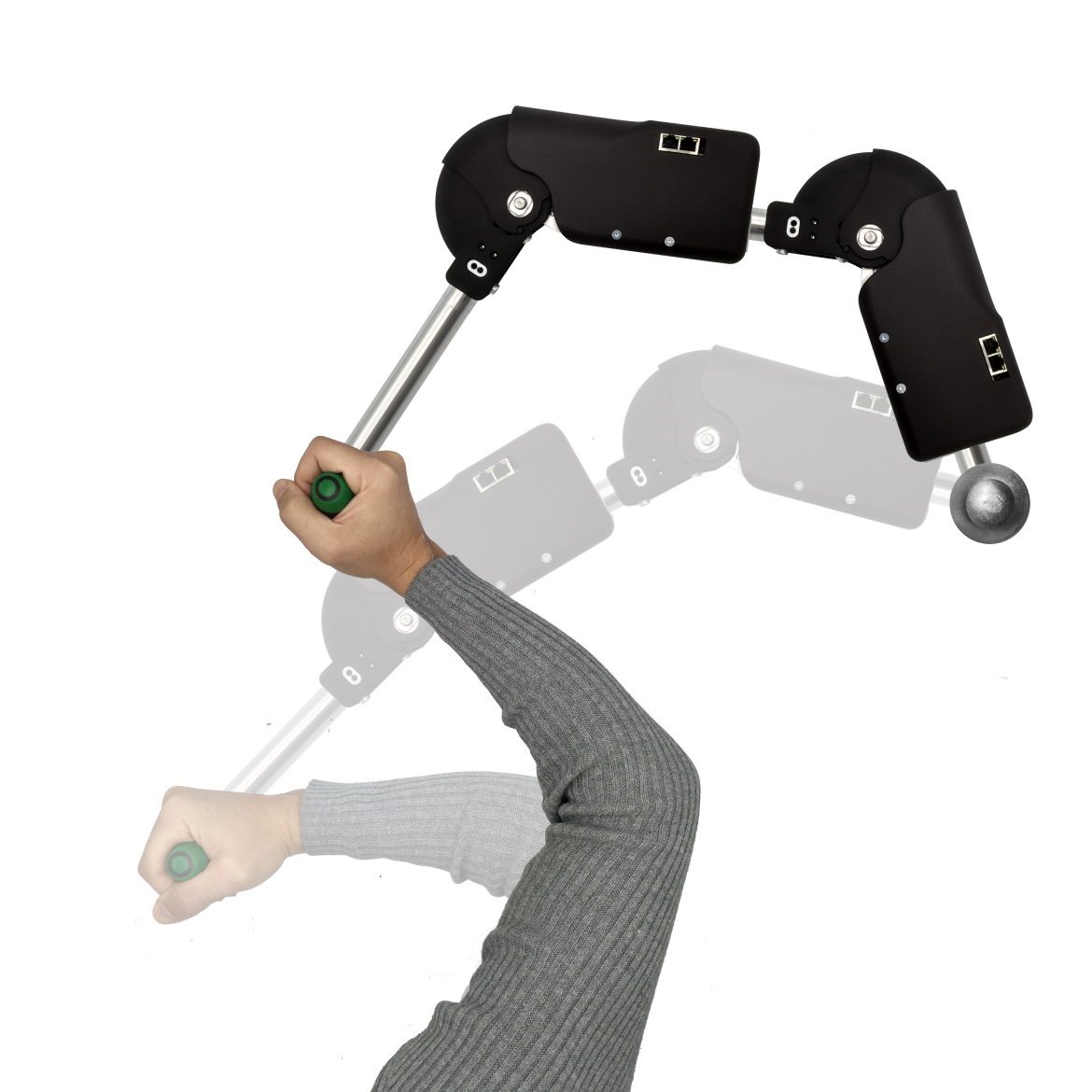 SMARCOS team has designed a new arm rehabilitation device using a set of two SMARCOS prototype actuators and developed an interactive game that can adapt to the user requirements and preferences.

This prototype device was built to show once again the potential of SMARCOS actuator technology. A two degree of freedom robotic device was designed and assembled by a small team of engineers in the timeframe of a couple of weeks.

The two actuators are controlled by a standard laptop running EtherCAT communication protocol. The game is developed using Python.